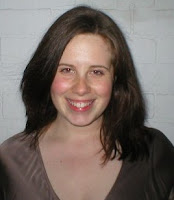 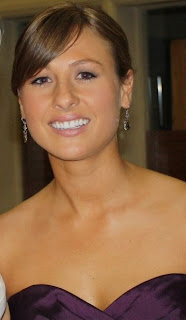 Allison was born and raised in Peoria, Illinois, and attended Purdue University where she received her undergraduate degree in Business Management with a Marketing Concentration.
Prior to moving to Germany, Allison lived in Atlanta, Georgia where she held a Marketing Communications position at a small technology company.
After living in Atlanta for about a year and a half, her husband received a 3 year delegation opportunity with Siemens and they decided it was an opportunity they could not pass up! Allison and her husband moved to Nuremberg in January and expect to live here until January 2014.
In her spare time, Allison loves meeting new people, traveling, staying active, reading, and trying new recipes.
Email ThisBlogThis!Share to TwitterShare to FacebookShare to Pinterest

We had a GREAT time at our summer quarterly meeting, and I think everybody enjoyed our new meeting space at the Begegnungszentrum Erlangen, as well as our informative lecture and discussion on German culture!  We are hoping to engage Rebecca again for our Winter meeting to get more in depth on some of the topics we discussed!  So any ideas, questions or particular ideas are welcome!  Meetings will continue in the new space for the foreseeable future - look forward to seeing you all there again soon!

Fall Meeting is scheduled for September 28th - 10:00 to 12:00, we will be reviewing the first draft of our charter and articles of association!  Lots of input required, please feel free to send any input ahead of time! 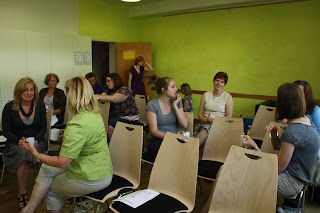 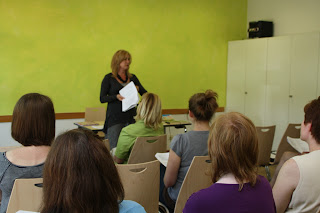 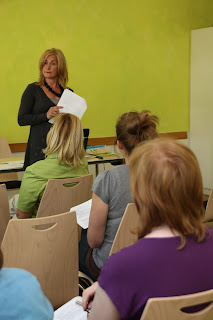 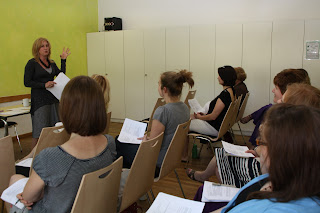